I’m in the midst of this long process of minimalism begun almost a year ago and continued, in steps (not all completed) like 1) Marfa, Texas, Part I 2)“The Anthropologie of Yard Sales” 3) Discovering the wave of minimalism and minimalist bloggers living on Twitter (is Twitter minimalist?) 4) “The Life Changing Magic of Tidying Up” by Marie Kondo 5) Marfa Texas, Part II 6) “Essentialism” by Greg McKeown 7) The continuing purge of my 700 square foot rented apartment. I didn’t finish “The Life Changing Magic of Tidying Up” yet, because I’m not ready to deal with my sentimental photos and papers.

And then there’s all the shit I have at my parents’ house.

In the beginning, I wasn’t sure if I really wanted to be a minimalist or just wanted to discard all my current belongings so I could recreate my space to look like Donald Judd’s city home, “The Block”, the lobby at El Cosmico, or the Garza Marfa Instagram feed. That kind of minimalism proved cost prohibitive, and I found as I emptied – as you will read again and again in blogs across the web nation, I felt lighter. It was easier to clean. I didn’t feel weighted down by possessions I had to care for, the way I felt weighted down by the thoughts in my head and relationships occupying my time and emotional space.

That’s the real corollary of minimalism – you realize as you clear physical belongings that you must clear some mental ones. You MUST. The physical work of decluttering shows you that the emotional part will be work too.

As much as I have accomplished, there’s still so much I want to do. Is it minimalist to be obsessed by minimizing? I haven’t acquired much since I began minimizing, but I still get overwhelmed with feeling blocked in by my stuff and thoughts and associations. And then overwhelmed by the pressing desire and need to clear more space for my never shrinking thoughts. But I’ve always been obsessive, and that’s my creative energy at work. Extra things lacking inspiration have just become unbearable. It becomes obvious which things in your life bring productive energy and which just bring you down.

For example, Facebook has become almost 100% indigestible for me. I look at it at few times a week, sometimes once or twice and day and then not again for several days. I deactivate a couple times a month. Every time I do log on, I feel confounded by the sight of it, the new friend requests, the red number counting the things I haven’t looked at that I’m not missing, yet I’m still afraid to just delete it, so I put it off. It’s kind of like the serving dishes I inexplicably own, the cake riser I’ve used once three years ago. I hate storing these things and desperately want room in my cabinets but somehow think I might serve a cake again someday.

I don’t actually remember the last time I made a cake – it was probably three years ago. And when I hold the cake riser, I am filled with the stress of thinking I should use it, disappointment that I haven’t used such a pretty object, and worry that I’ll never own a cake riser again.

Could anything be more ridiculous? 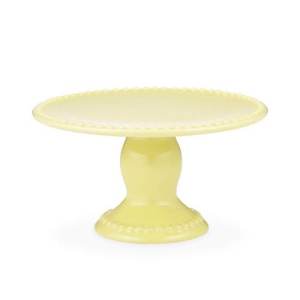 4 thoughts on “Minimalism, Again (in parts)”